Large format, for me, has always been the dream. Not for its ridiculously high resolutions—the 12 megapixels of my Sony a7S are more than plenty for me—but for its unique depth rendering. There is an enchanting quality to the depth of field produced by a huge chunk of vintage 8×10 glass that is near impossible to replicate on a smaller format, mostly thanks to the ridiculous equivalent aperture that would be required.

My longing for large format without the expense and and hassle of chemicals led me to build a pretty unique camera rig with very promising results.

The camera works by projecting an image from a large format lens (an Industar-37) onto a large matte white screen. The projected image is then captured with an off-axis camera (a Sony a7S) and wide-angle lens (an Irix 15mm F2.4). The 15mm is shifted upwards (using a Kipon shift adapter), which allows it to record a centered image of the screen with none of the perspective distortions that would come from simply pointing the camera up, and still be well out of the way of the light path.

I am not really sure if it should be called a ‘large format camera’ or a ‘large format adapter’—is format determined by the size of the imaging plane, or that of the sensor? Usually those are one and the same but not with a rig like this—but either way it records real large format images and just from my first results, I think they look fantastic.

Beyond just digitizing large format photography, the rig opens up the really exciting possibility of large format video. It is absolutely incredible to see the large format image come to life, and it is something the world hasn’t really seen before. Dynamic range and resolution are only limited by the camera you put inside, and I am just using a consumer camera. I can’t wait to see how the rig performs with cinema gear.

The main downside of of the the design is sensitivity. The process of re-imaging loses about 6 stops of light, so an ISO 100 shot outside the camera becomes an ISO 6400 one in the rig. Thankfully, many modern cameras have excess sensitivity for bright environments so the camera works great in well-lit scenes, although it definitely struggles without proper lighting like the indoor scenes in the video above.

Large format ‘reimaging’ rigs have been made before (quite successfully by Gonzalo Ezcurra), but with one key difference: they project onto ground glass and record the image from behind, instead of reflecting the image off a diffuse surface. This method works, but ground glass is never a truly perfect diffusing filter, so there will always be a hotspot at the center of the image and some grain pattern introduced as well. The hotspot can be reduced—really, just enlarged so it looks more like a vignette and less like a spotlight—by moving the camera further back with a longer lens, but then the already huge setup just gets longer and less practical.

My version has the advantage of a folded optical path: since the image is bounced off a screen instead of going through a ground glass, the rig is about half the size of these other experimental reprojection cameras. It is still rather unwieldy, but this size difference is enough to allow shoulder mounting and really improve usability to the point being a genuinely useful tool instead of just a novelty.

I am currently working on an updated v2 version with a host of improvements, but I have really just skimmed the surface of the new possibilities with a camera like this.

Zev Hoover is an 18 year old photographer/videographer based in Natick, MA. His work has been widely featured, ranging from the Boston Globe to a BBC mini-documentary, and he has received awards including the Flickr 20-under-20 Award and 500px ‘innovation’ contest winner. You can find more of his work on his website: zev.tv

Joanne Maly is a Certified athletic trainer at Kiddie City on arround Parker, PA View all posts by Joanne Maly 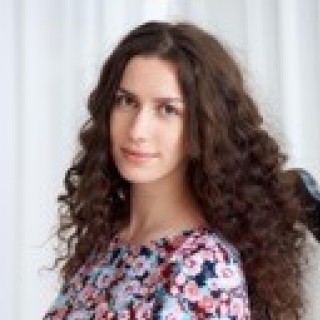